Solo artist E. Alvin is an upbeat personality from Connecticut, whose artsy and glitzy demeanour is reflected in his music. His brand of pop is colourful, far from indicative of his relative inexperience as an artist. Aside from a charismatic personality and swagger, E Alvin shows off a great ear for some great music. 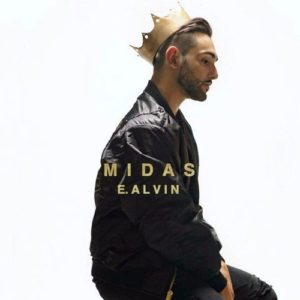 His debut EP Midas is an eclectic mix of different pop styles, ranging from electronic bangers to acoustic guitar ballads. Citing artists such as Florence And The Machine, Banks, The Weeknd, and Halsey as main influences, E. Alvin makes sure to preview as much tricks in his sleeve as he can. His voice is very reminiscent of Adam Levine, although thankfully he doesn’t try to emulate anything Levine has already done. Indeed, just as his EP implies, E. Alvin is out to make some gold.

A young artist with shiny ambitions, E. Alvin looks to be making some noise. With a familiar sound that most fans will definitely find exciting, it should not be hard for E Alvin to gain traction and momentum. The future looks bright.

Josephine and The Artizans Cool in HipHopera