Damien Horne has visions of humanity in everything he does and creates. Using his wide range of talents, the North Carolina product has seemingly no limits, whether he is singing, dancing, or acting. Those are the simple pillars of what makes a great artist. Not just someone who performs or has a great personality, but someone who genuinely wants to use their gifts to make the world a better place. You can hear it in his voice, in his lyrics, and in his overall swagger. Channeling energy from the likes of John Legend and Stevie Wonder, Damien Horne is an artist for humanity. 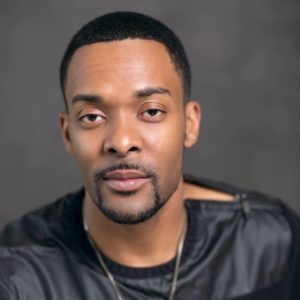 Horne demonstrates this commitment to humanity in his song “Barbarians,” a sombre ballad that takes aim at society’s tendency to resort to cruelty and violence. In the song, Horne laments how hatefulness has replaced the good, “just like barbarians.” Without being too cliche, Horne creates something that is melodic and catchy, a wonderful testament to how genuine and skilled of an artist he is.

The feel in “Shine” is a remarkably different feel, written for the movie Chloe and Theo, a comedy about global warming and homelessness, both issues which is very much in the realm of Horne. “Shine” sounds more optimistic, singing over a twinkling acoustic guitar rather than a melancholic piano.

“Somebody’s Hero” is a much older song, but it shows just how enduring Horne’s belief in uplifting and genuine music has been. “Somebody’s Hero” is anthemic, melodic, catchy, and optimistic all in one. With a chorus that sounds like it was taken out of a Five For Fighting song, Horne shows off a lethal combination of musicality and songwriting, packed together to create something that brings a strong and sentimental punch.

This is all said before we even talk about his work in country trio The Farm. Rather than channeling R&B sounds, Horne lends his talents to a more rocky and country sounding romp, with songs like Home Sweet Home being energetic and upbeat enough to bring you out of your seat. It’s remarkable, but Horne shows that his talents are versatile as they are inspiring, and there is no obvious label to place on him as an artist.

Undoubtedly, Damien Horne is an example of an artist whose talents don’t stop at just being skilled. Horne makes a genuine effort to not only spread his talents out, but to work in order to make the world a better place. It’s no coincidence that prolific singer John Legend has already given him a glowing promotion as someone to look out for. Damien Horne is not just a singer with a guitar. He’s the type of artist humanity needs.